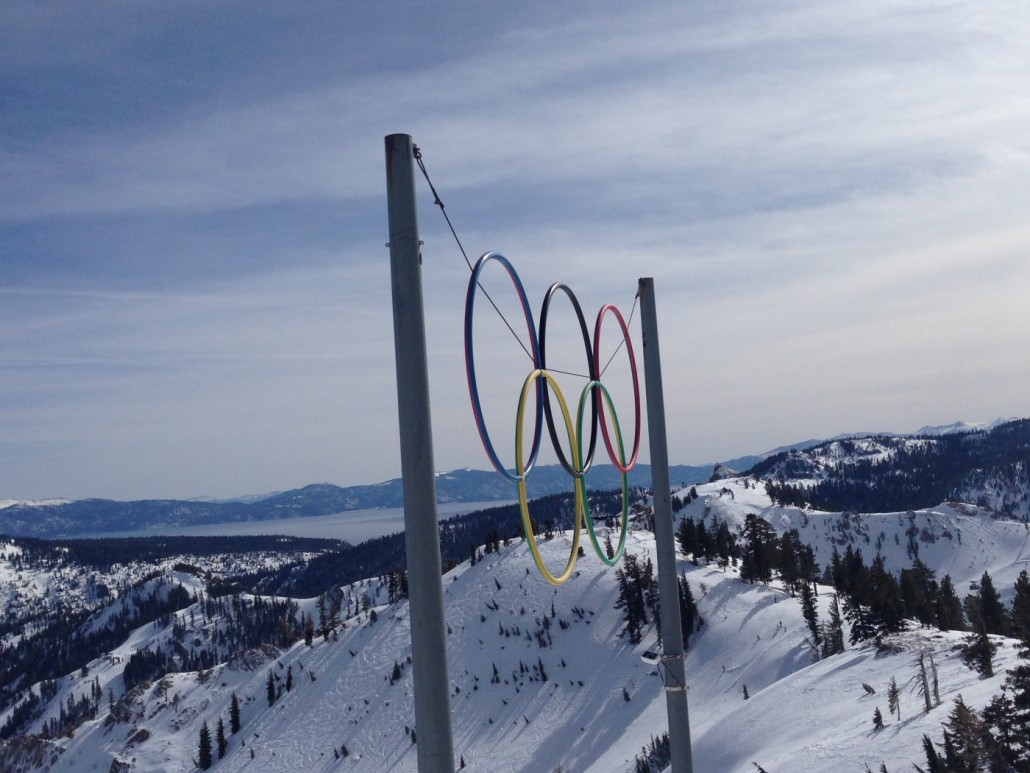 I thought I would ease into the new year and then wham–incredible, life-reminding stuff has happened so I thought I’d hop on the ol’ blog and share it!

My first thrill of 2016 was being back in the snow. I love the snow when I can go to it and then leave again. Heading up to Tahoe and taking in the scale of the mountains, the trees; it was just what I needed to clear my head. And the sounds: the crunch of the snow, the slow dance of the trees in the wind, and then the pure quiet (until interrupted by maniacal shouts from the kids sledding down the hill and then the thunk of snowballs being aimed at my backside). The last time I was in the mountains my arms hurt so much (lymphedema symptoms can increase when you’re at altitude) that I didn’t think I could do it again. But this time all was well. Happy dance!

And I felt bold enough and strong enough to get back on skis after a nice long break. Penelope and I took the chair lift up and stopped at the top (of a blue run–let’s be real here, people) and I just couldn’t stop smiling. I was whooping and hollering enough that Penelope gave me the look of “quiet you’re possibly embarrassing me.” Gratitude was bursting out of my ski jacket! To think that at this time three years ago there was literally no hope for me and I was just beginning the drug trial. I wanted to scream, “I’m on top of the world!” And then we skied down the hill and I was exhausted and elated and ready for lunch!

A week later I was in a local radio station 97.3 KLLC visiting the morning show. (My friend and I had bid on a “producer for the day” tour at our local public school auction.) I loved seeing behind the curtain–watching was really happens as the producer, DJ’s, and the whole team pulls together a morning radio show from 5 to 10am every weekday. I was tired just watching them! We laughed a lot, we winced, we got on the air! It was fantastic.

And then, and then–I was asked to participate in a roundtable at UCSF with Vice President and Dr. Biden to discuss “Moonshot,” his latest cancer initiative. I was speechless when I got the call, and then wrote a 90 second speech. And it was the most incredible morning. I represented the patient–a patient who is part of the trifecta of what cancer research should be: the researcher (Dr. Ashworth), the clinician (Dr. Moasser), and the patient (yours truly). To be in the company of such minds and thinkers, dedicated to one thing: finding ways to battle cancer. It was humbling beyond. And the room was literally buzzing with excitement; it was palpable. I don’t think I truly absorbed it until days later. What an honor, what an opportunity, what a moment in time.

Keep on, keep on…it’s March, colon cancer awareness month. Reach out to someone you know in treatment or go get that colonoscopy you’ve been putting off.

On that note, happy winter into spring…